Among 115 speleological objects so far known in the Paklenica National Park, Manita peć is the most famous among the visitors, as it is the only show cave made accessible to the public through guided visits. The cave's broad chambers and the beauty of its speleothems have been enchanting visitors since 1937. It is located at an altitude of 570 m a.s.l, and the walk up from the parking lot at Velika Paklenica takes about 1.30 h.

Paklenica National Park is the most visited climbing center in Croatia, also popular outside Croatia. The close proximity of seawater gives this climbing site a special charm, making Paklenica Riviera an ideal place to combine climbing and water sports. Today, there are about 500 well-equipped marked routes of different difficulty and length (from grade 3 to 8b+), set in the carbonate rocks, so each climber can find something to his/her liking.

The wealth of flora is reflected in the list of 1,000 plant species and subspecies recorded to date, 79 of them endemic. The great diversity, the presence of relict, endemic, rare, statutorily protected species many of which are included in the Red Book of Plant Species of the Republic of Croatia and the IUNC’s Red List of Endangered Plant Species, make the Park a very valuable floristic area, not just in Croatia, but in Europe and the world as well. The following genera prevail in the Park’s flora: daisies (Asteraceae) and (Cichoriaceae), grasses (Poaceae), legumes (Fabaceae), mints (Lamiaceae), roses (Rosaceae) and carnations (Caryophyllaceae).

The wearing and breaking of rocks under the influence of sun, ice, water and temperature under steep cliffs and peaks such as Buljma or Vaganski vrh have developed seeping points. Only a small number of species can be sustained in such karstic habitats because the surface is loose and moving, and the broken rocks are of different sizes. Many endemic plants grow at seeping points, such as the Kitaibel's Columbine (Aquilegia kitaibelii), Seseli malyi, the tertiary relict Alpine Toadflex (Linaria alpina), and the widely spread Nailwort (Paronychia kapela).

Plant communities develop in sinkholes where snow is sustained for a long time, their wealth of species and colors of the flowers making the most beautiful plant formations in Paklenica National Park. The species particularly great in number here are orange and yellow Carniolan Lilly (Lilium carniolicum), Thyme (Thymus sp.), Greater Masterwort (Astrantia major), Buckler Mustard (Biscutella laevigata) and Rose Daphne (Daphne cneorum). The lower parts of the Park in Velika Močila and Mala Močila have moist meadows and treatable areas rich in orchids in springtime.

As a rarity, we will highlight the lady slipper orchid (Cypripedium calceolus), one of the most beautiful European orchids, found on a Lika slope on the edge of a beech forest. 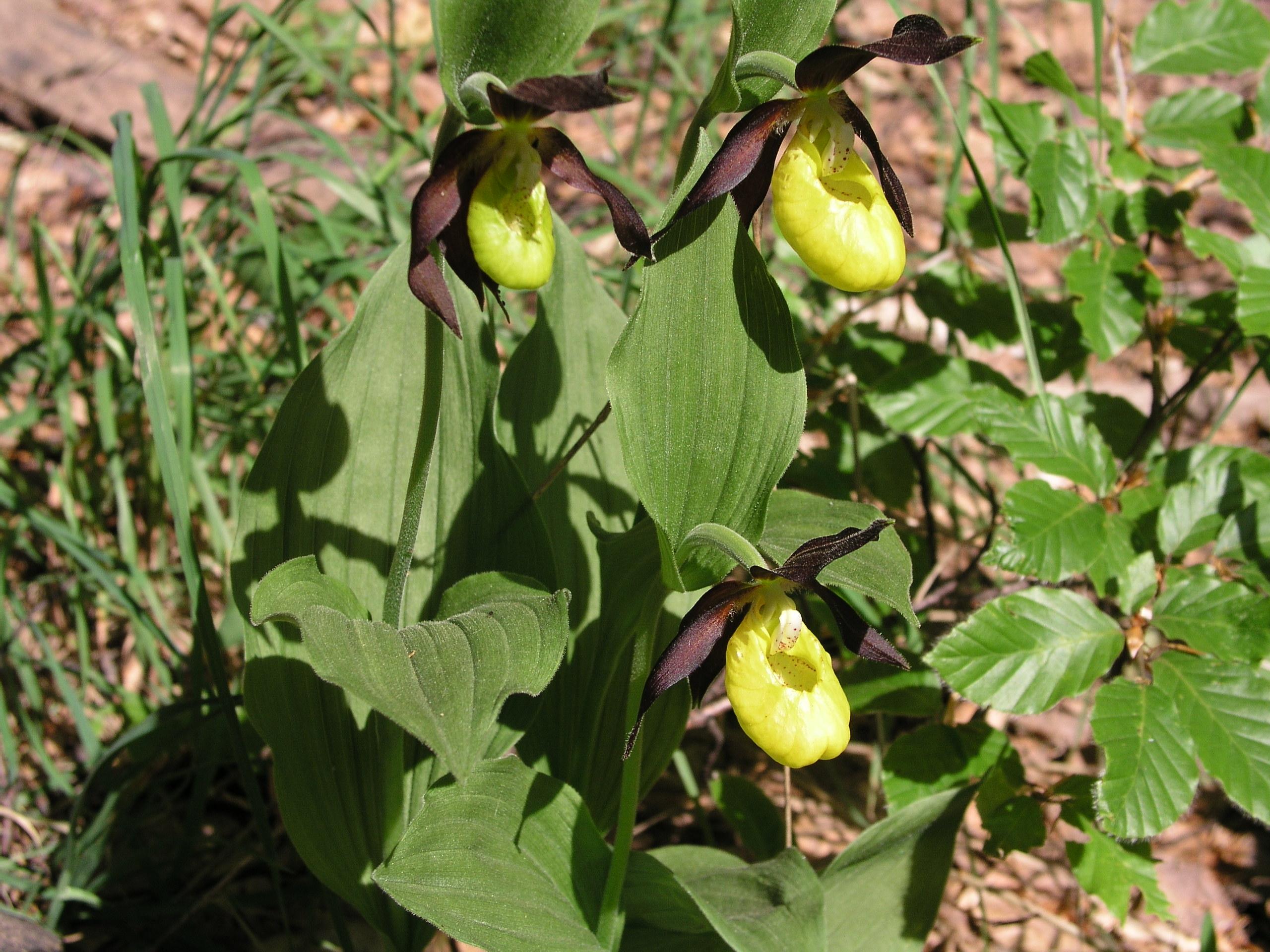