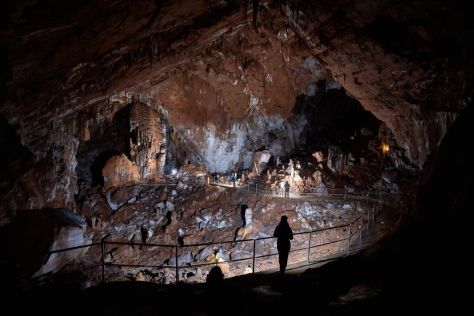 Among 115 speleological objects so far known in the Paklenica National Park, Manita peć is the most famous among the visitors, as it is the only show cave made accessible to the public through guided visits. The cave's broad chambers and the beauty of its speleothems have been enchanting visitors since 1937. It is located at an altitude of 570 m a.s.l, and the walk up from the parking lot at Velika Paklenica takes about 1.30 h.

Paklenica National Park is the most visited climbing center in Croatia, also popular outside Croatia. The close proximity of seawater gives this climbing site a special charm, making Paklenica Riviera an ideal place to combine climbing and water sports. Today, there are about 500 well-equipped marked routes of different difficulty and length (from grade 3 to 8b+), set in the carbonate rocks, so each climber can find something to his/her liking.

History of Rock Climbing in Paklenica

The history of rock climbing in Paklenica began as far back as 1938, when Dragutin Brahm, aka Raca, attempted to make the first ascent of the Anića Kuk wall, which unfortunately ended tragically. In 1940 Marijan Dragman and Slavo Brezovečki climbed the route that Brahm had envisioned and they named it “Brahm's Route” in his honour. 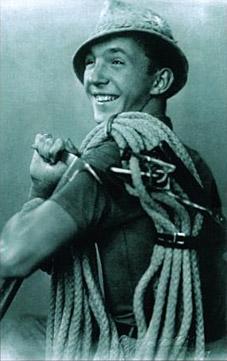 Dragutin Brahm (Zagreb, 26 August 1909 – Starigrad, 27 June 1938) was a member of the Alpine climbing section of the Croatian Mountaineering Society “Velebit”. He successfully attempted to ascend the north face of Triglav, as well as the Grossglockner before dying on the Anića Kuk wall.

It was not possible to access Paklenica during the WWII and the post-war years. Only after 1955 the alpine climbing activities resumed in Paklenica, mostly by Croatian climbers.
Many classic routes in Anića Kuk were ascended during the 1950s and 1960s, the most famous being: Mosoraški, Velebitaški and Klin.

In 1959, the first Labour Day gathering of alpine climbers was held in Paklenica and the climbing camp was in Anića Luka meadow.

Members of the Mountaineering Society “Velebit”, Marijan Čepelak and Borislav Aleraj, conquered the route Brid Klina in Anića Kuk in the period between 26 April and 3 May 1973. At that time, this was the highest grade of aid climbing in Croatia (A3, A4) and it held a record in the duration of the ascent – 8 days.

Paklenica entered a new phase during the 1970s with increasing number of visiting Slovenian climbers. Franc Knez is one that particularly stands out – he climbed approximately 40 routes in Paklenica, which are still amongst the hardest (Kača 6a+).

Slovenian climbers are also credited for the hardest Croatian aid climbing routes ascended in Paklenica at the end of the 1980s. The most significant ones are Spomin, A2 (S. Karo, J. Jeglič, F. Knez), Tango Vertikal, A3 (S. Karo, S. Škarja) and Jogananda,
A4 (M. Praprotnik, M. Ravhekar).

The route Il Maratoneta 8b+ is the most difficult short sport route in Paklenica. Since Maurizio “Manola” Zanolla climbed it for the first time in 1987, it has been repeated only three times. 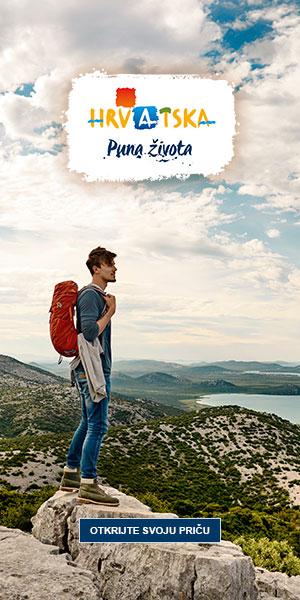